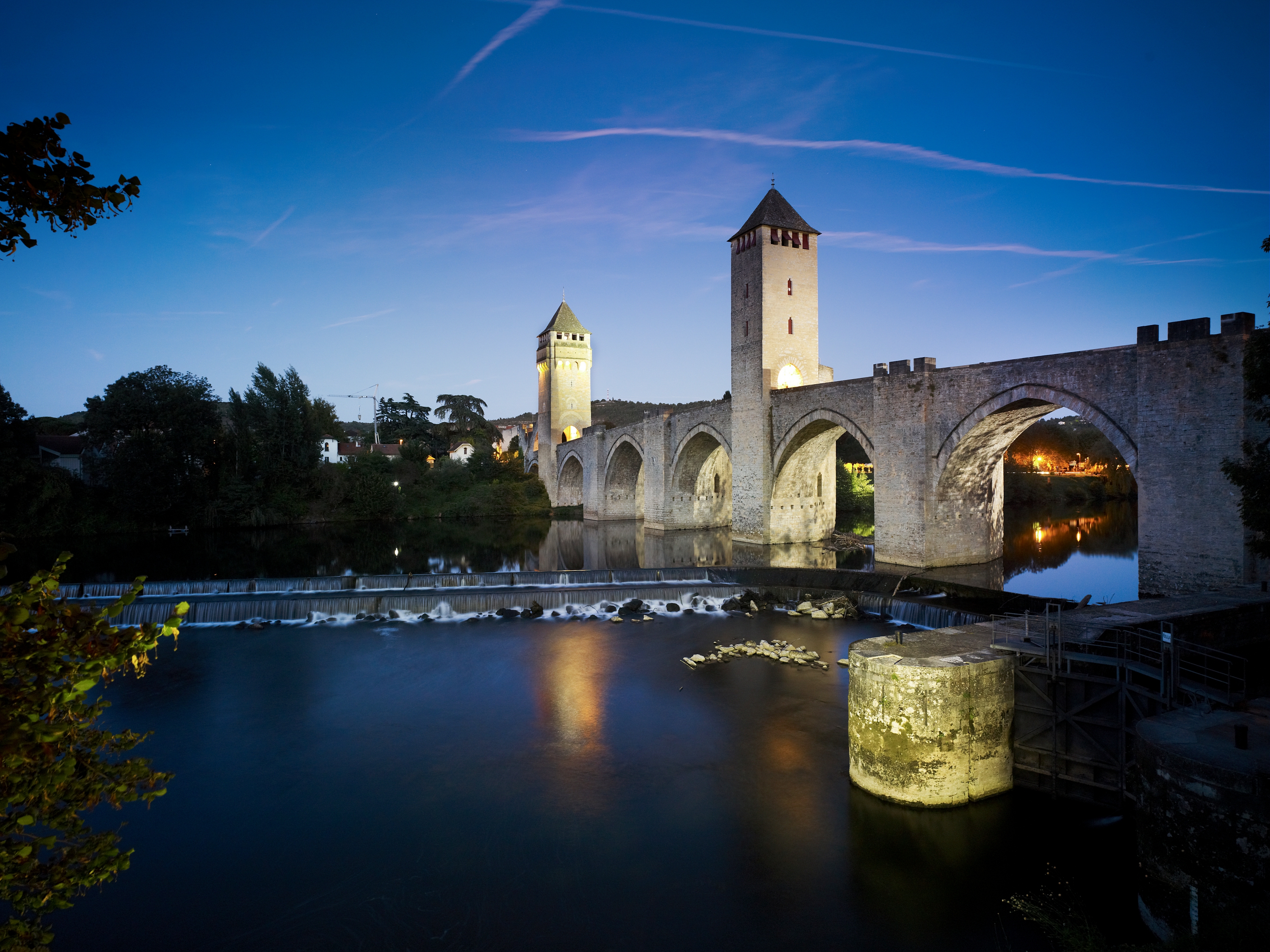 My article on a weekend in Cahors, published in France Magazine

Medieval masterpiece on the banks of the River Lot
First planted by the Romans around 50 BC, Cahors is one of the oldest winegrowing regions in France. Its characteristically ‘inky’ reds have been highly regarded by tsars, popes and nobility since the Middle Ages. Predominantly made with Malbec grapes that thrive on chalky, limestone plateaux, the wines have concentrated tannins, spicy aromas and plush black fruits, making them especially appealing to those who appreciate strong, rustic wines. But the eponymous town, located to the east of the appellation on a bend in the River Lot, charms one and all with its rich cultural heritage and bountiful markets flaunting some of France’s most renowned gastronomic delights.

HISTORIC ALLURE
Standing in the middle of Pont Valentré, it feels as though I’ve stepped out of a time machine. The 172-metre fortified bridge, an architectural wonder dating to the 14th century, boasts three square towers and six Gothic arches that gloriously stretch across the Lot. Classified a UNESCO World Heritage site in 1998, this iconic and utterly photogenic landmark is listed on the pilgrimage route to Santiago de Compostela, which explains the many people walking by with backpacks and those stopping to take pictures. The proximity to the river gained Cahors economic prosperity, and from here, it’s easy to imagine how back in the Middle Ages, flat-bottomed cargo ships known as ‘gabarres’ slowly sailed to Bordeaux, laden with barrels of wine that were exported as far as England, the Netherlands and Russia. Today, it’s attractive houseboats and gabarots (mini-gabarres) full of tourists that are navigating these peaceful waters. 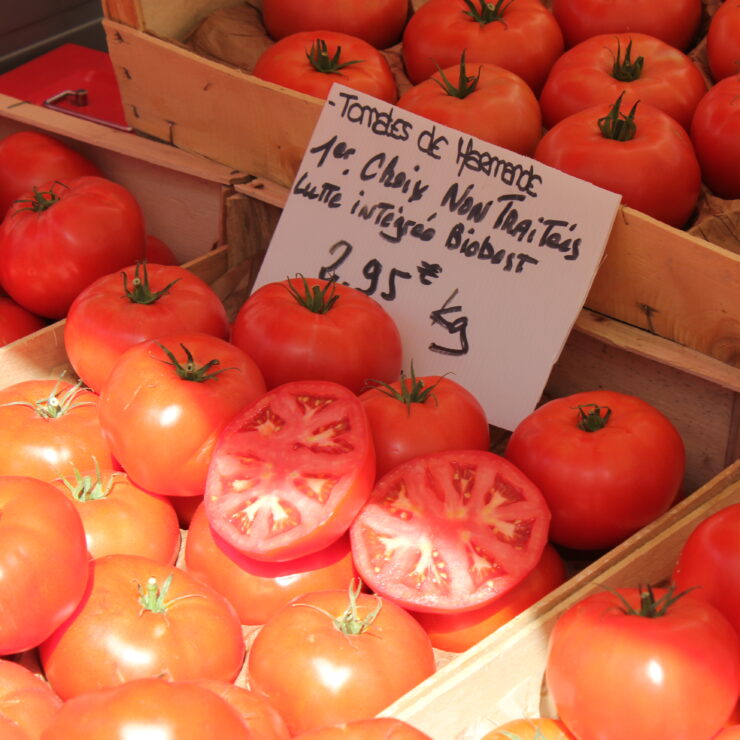 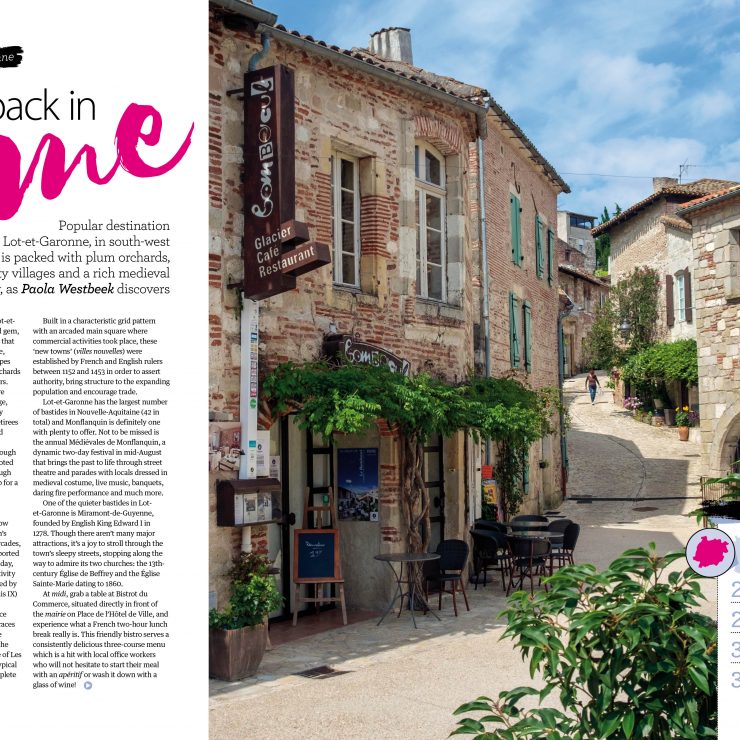 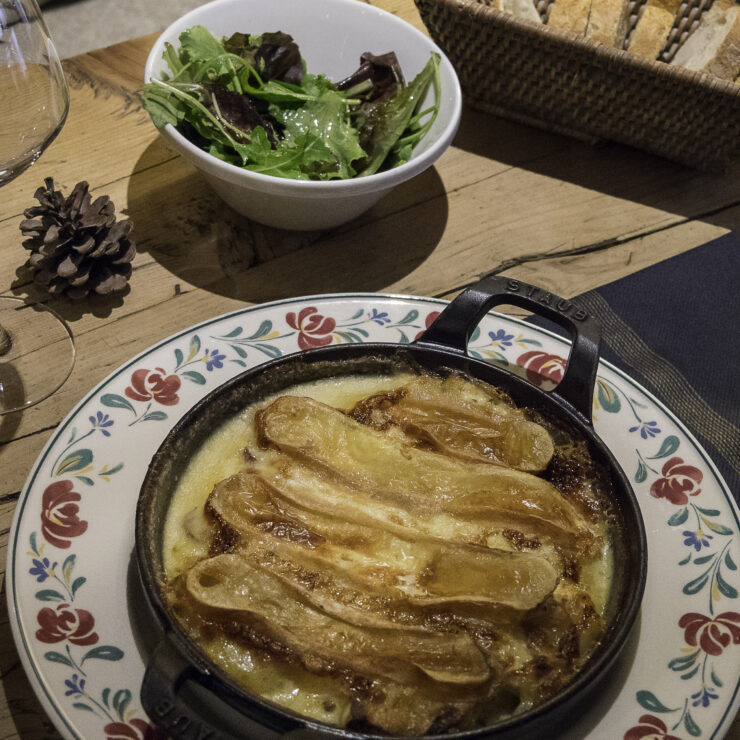